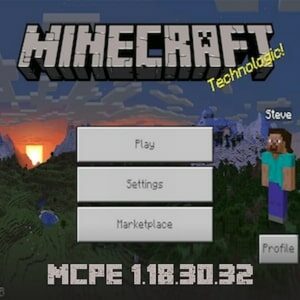 Download Minecraft 1.18.30.32 latest released version for Android and Xbox etc Devices clicking on download button. In this Update, Version numbers between Preview and Beta are different, there is no difference in-game content.

In this Update, the Deep Dark biome is under the protection of the Warden. The mob is blind in these features. In order not to get caught, Steve needs to be quiet as a mouse.

In this Ancient City, structures spawn in the Deep Dark biome, In this features, you can find a variety of rewards In Chests, guarded by Sculk Sensors and Shriekers.