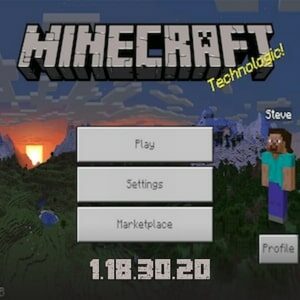 Minecraft 1.18.30.20 APK is released for Android and Xbox devices. You can Download MCPE 1.18.30.20 APK from the above link. In this update, You can create traps from the sculk blocks, use goat horn, catch tadpoles with a bucket, get frog light, and much more!

The Developer of Minecraft from Mojang decided to decorate the world of Minecraft 1.18.30.20 Version with colorful decorative blocks of frog light. In this Players can get this resource with the help of swamp inhabitants.

The glowing sculk blocks in the dungeons of the game world. Many of them are suitable for creating acoustic traps. Moreover, the blocks can not only pick up signals but also transmit them.

In the biomes of Minecraft PE 1.18.30.20 Update, Steve meets goats that have valuable horns. When a goat crashes on a hard surface, then players get its horn.

There are many tadpoles in the marshes of the cubic game world. These tiny creatures can only live in water. Over time, they grow up and become frogs.